Magic carpets, pumpkin coaches, curses that change people into teapots. Fairytales are full of these wonderful and completely inconceivable concepts, and as a child I was terribly disappointed to find out that there definitely wasn’t a pathway to another world at that back of my wardrobe. Despite checking multiple times. But there is one tale of sorcery, capture and eventual happiness that does have an element of truth to it. Rapunzel, the beauty trapped in a tower, allowing entry to her tower via plaited locks of golden hair. 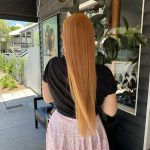 Hair is actually one of the strongest substances out there by tensile weight, which, like our martyred fairy tale protagonists, means it can take a lot of tension before breaking. A single strand can hold an estimated 100grams of weight before breaking. Provided your hair is in the best shape of its life. Which, let’s be honest, is not the hair most of us have.

Human hair is made up of approximately 85% keratin,12%  water and the remaining 3% of lipids and trace elements. Keratin is a protein, and like all proteins, is formed when amino acids link together to form a chain. The exact amount of each of the 20 amino acids in the chains and the shape of the chains are what determine which protein is formed. Which is why many repairing treatments use small amounts of food derived proteins, like wheat and pea to strengthen your hair. The same amino acids you ingest are the same ones in your hair, just in a slightly different formation!

Each individual hair strand isn’t just one chain however. When several amino acid chains wind around themselves they form a stronger chain called a polypeptide chain. These polypeptide chains then wind around one another to form larger chains, which do the same again to form larger chains and so on until you have the main bulk of your hair strand, the cortex. Now there is a fancy inner part in some people’s hair, the medulla, but for the purposes of this we shall treat it like the many supporting characters in these fairy tales and pretend they aren’t that important. Poor Ariel’s Sisters…. 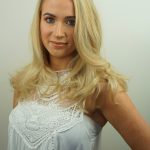 This beautiful collection of chains are protected by the cuticle, which consists of many many scales overlapping to varying degrees depending on your hair type. But this single layer of fine scales are defeated easily, apparently like every parent/carer in a fairytale. Wonderful and protective in theory, but practically only effective if not placed under any stress. Ever.

As evidenced by the many imprisoned characters in said tales, chains are quite strong. Unless of course one of the links becomes weak. Then we are treated to a very dramatic breaking of chains and miraculous release from captivity. Which is great. Unless it’s the keratin chains in your hair. The list of things that weaken the keratin chains in your hair is extensive. Sun exposure, blowdrying, straight irons, curling tongs, brushing when wet, tying your hair up too tight, colouring, lightening, swimming. Basically everything fun ruins your hair.

Which is why the hair care industry exists! The technologies that are available to us these days are practically like magic, with more and more popping onto the market all the time. Protein treatments of old, which while amazing for the time, had a tendency to make hair strands hard, which rendered them almost like glass. Strong and durable, until you just touch it the wrong way and it shatters. Not ideal when the idea was to protect your hair. 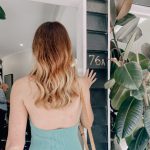 The protein treatments these days couldn’t be more different. So much research has gone into finding amino acids that are similar to hair amino acid chains, which has allowed us the ability to have an amazing choice of options. For the most part, it’s like deciding which fairy tale is the best. It all comes down to personal preference. None is intrinsically better than another, and they generally all cover off the same themes, so in the end all that matters is how it makes YOU feel.

The thing to remember is that EVERYONE’S hair is made of the same things. You may have more water, pigment, zinc, iron, cuticle, or cortex. But. All hair is protein based. All hair is exposed to elements of some sort. All hair has the potential for weakness. All hair is going to be damaged at some time. But with the right care, All hair can receive a happily ever after.

Perhaps the real backstage gossip is that poor Rapunzel’s hair wasn’t cut off in a fit of rage but instead broke off from all the insistence that her beautiful locks were treated like a rope. While theoretically possible to hold the weight of a human, all that tension on her overworked and tightly wound  hair would have definitely given her breakage. If only she could have had a Plex treatment…

Hello, it’s lovely to meet you!

Keep up to date with us! Subscribe to our newsletter to be the first to find out what’s trending and what’s going on behind the scenes at Bach Hair.